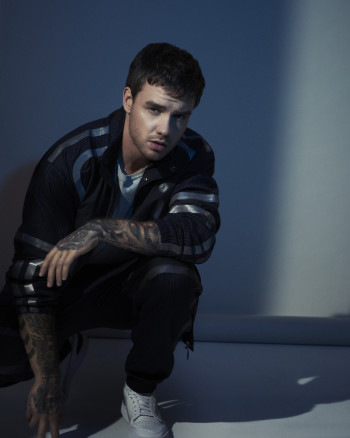 The acclaimed artist rose to fame through the television series X Factor, and was propelled to global success as part of boy band One Direction. Topping the charts around the world, One Direction won more than 200 Awards including six Billboard Music Awards, seven Brit Awards, seven American Music Awards and 28 Teen Choice Awards.

In 2016, Liam signed a recording contract and in May 2017 he released his debut single Strip That Down, which earnt him a double BRIT Award nomination. As well as his solo work, Liam has collaborated with music stars Ed Sheeran, Pharrell Williams and Rita Ora. In December 2019, Liam released his debut album, LP1.

Liam is not only famed for his musical talents, he was also a talented athlete in his teenage years. Running for his local Wolverhampton & Bilston Athletics Club, he was ranked in the top three 1500m runners in the country in his age group for three years.

Liam said of his up-coming performance at the 20th anniversary Laureus World Sports Awards, "It is going to be a special evening of celebration in Berlin and I'm looking forward to playing my part on the night. From tennis to boxing, football to surfing, sport has always been a big part of my life. Much like music, it can give people hope and bring communities together. I've been inspired by the stories and achievements of this year's nominees and I've heard about the brilliant work Laureus has done to help young people through sport. I've personally experienced the positive impact sport can have so I'm a huge supporter of that.

Along with his musical and sporting interests, Liam has also engaged in charitable activity, working with organisations such as UNICEF and Comic Relief.

The 20th anniversary Laureus World Sports Awards will be hosted by acclaimed star of the big screen, actor, producer and avid sports fan, Hugh Grant.The Awardswill honour the greatest sporting triumphs of 2019, as well as celebrating two decades of the Laureus movement and the power of sport in transforming the lives of millions of young people around the world.

Media who wish to attend the event should apply as soon as possible for accreditation at http://accreditation.laureus.com[3]. In addition to reporting on the Awards Ceremony, media attending will have the opportunity to interview Laureus Academy Members and other sportsmen and women present in Berlin.

It was at the inaugural Laureus World Sports Awards in 2000 that Laureus Patron, Nelson Mandela, spoke the words which sparked the creation of the worldwide Sport for Good movement. 20 years on and Mandela's words remain central to Laureus' mission - 'Sport has the power to change the world; to unite people in a way little else does'. From sports stars to sports fans and the young people in Laureus Sport for Good programmes around the world: Sport Unites Us.

For more information on the Nominees and to stay up to date in the build-up to the 2020 Laureus World Sports Awards, visit laureus.com/world-sports-awards[4] and follow #Laureus20 on social platforms.

LONDON, March 30, 2020 /PRNewswire-AsiaNet/-- On 26 March, in light of the COVID-19 pandemic, the Federation of St Kitts and Nevis issued a Notice to Authorised Persons, Developers, Internat...

A Milestone for Next Century: Construction of Qingdao Internat...

NEW YORK, March 30, 2020 /PRNewswire-AsiaNet/ -- In response to the coronavirus pandemic, RavenPack, a leading provider of big data analytics, has launched a live and interactive website to ...

WAIBLINGEN, Germany, Mar. 27, 2020 /PRNewswire-AsiaNet/-- Test delivers reliable results at the point of care in less than 2.5 hours - One of the world's first multiplex molecular diagnostic...

HotForex Makes Generous Donation to WHO Amid COVID-19 Crisis

PORT LOUIS, Mauritius, March 27, 2020 /PRNewswire-AsiaNet/ -- In line with its commitment to social responsibility, award winning broker HotForex has made a generous donation to the World He...

SINGAPORE - Media OutReach - 27 March 2020 - Negotiations are impossible when an industry is monopolized, with the disadvantaged majority having no power over the indu...

TSUKUBA, Japan, Mar. 27, 2020 /Kyodo JBN-AsiaNet/ -- Researchers at the International Center for Materials Nanoarchitectonics (WPI-MANA), a unit of the National Institute for Materials Scien... Huawei Mobile Services To Explore The Ultimate Potential On HU...