On May 29, 2019, the Finwise Summit, which has been held at the Intercontinental Hotel in Hong Kong, entered the agenda of the second day. It was about the blockchain and future finance. There were heated discussions among industry opinion leaders and business leaders.This summit gathered the strongest brains of the times, excellent enterprises and thousands of blockchains enthusiasts around the world, promoted industry exchanges, integration and development, and shared the path of blockchains financial development. 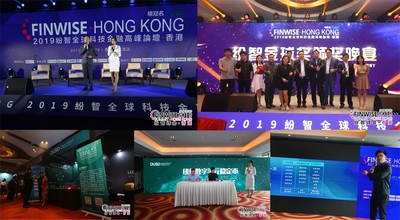 Johnson Zhao, founder of DUSD, was invited to attend the meeting on behalf of DUSD, the exclusive sponsor of the summit. He delivered the opening speech "Inferno Battlefield of Blockchain - From Bitcoin to Facebook Coin". He examined the industry trend of Blockchain and interpreted the global fourth-generation stablecoins DUSD on the spot, which won unanimous praise and universal attention from the participants.DUSD shined in the summit, with its title, opening speech, exhibition arrangement and award winning. DUSD was active everywhere.

DUSD defined the trend of stablecoins industry. The 2019 Hong Kong FINWISE Summit was exclusively named by New York Digital USD DUSD and sponsored wholeheartedly.DUSD won two awards at the FINWISE Golden Globe Award Ceremony on the 29th, amid the 50 + blockchain projects at home and abroad, 100 + investment institutions and hundreds of opinion leaders and industry guests.

2. Johnson Zhao, founder of DUSD, won the title of "Leader in Blockchain Investment".

DUSD, as the fourth generation of stablecoins, was an important representative of enterprises participating in the summit.In the two-day agenda of the Summit, DUSD dispatched the elite of marketing team, set up brand exclusive exhibition area, and communicated and discussed with enterprises, teams and experts of block chain industry on site.

On the morning of the 29th, DUSD held a grand signing ceremony of strategic cooperation with the four major exchanges of BOSSCOIN, HAYEK, Diamond and biclu.DUSD officially opened trading zones in four major preferred exchanges, serving as the benchmark currency for currency transactions, and supporting OTC over-the-counter transactions of exchanges.Before signing the contract, DUSD Marketing VP Ying Jun explained "the next decade of stablecoins" on the spot, looked forward to the trend of stablecoins in the next ten years with experts and leaders of field block chain, and interpreted the ecological strategic layout of DUSD in depth.

Authoritative Interpretation of DUSD:Ten-year Trend of Stablecoins and Ecological Distribution of DUSD

Mr. Ying Jun recalled several important nodes in the monetary history of mankind in four thousand years. He listed the ten years of the emergence of Alipay in 2004 to the first stablecoins USDT in 2014 as the biggest financial change after the establishment of the dollar's international hegemony in the Bretton Woods system in 1944.From barter to natural currency, after a long precious metal currency era, to paper currency and credit currency, the innovation of currency accelerated. Finally, digital cash, represented by Bitcoin and belonging to the digital era, came into being.

Mr. Ying Jun's good expectations of the stablecoins as an infrastructure and industry catalyst in the block chain were encouraging, he said."The next ten years will be the golden ten years of stablecoins. The trend of stablecoins is to anchor, form and currency in a unified way.Because of the existence of stablecoins, the currency friction between countries will become smaller and smaller.In the next decade, the fourth generation of stablecoins would enter more and more mainstream public chains.Users would gradually migrate from Alipay to ImToken, and steadily accept block chain stablecoins.In the fields of commodity trading, cross-border e-commerce, retail aggregate payment, digital finance and digital innovation finance, stablecoins would play an indispensable role.Embracing the stable currency enables Wall Street to worship the block chain from rejection to acceptance.The industry stablecoins or ecological stablecoins with Turing's complete system must be the cornerstone of the industry chain.In the next decade, some countries with serious currency overruns would even accept digital stablecoins as their own currency."

Mr. Ying Jun pointed out with unique insight that the seemingly newborn stablecoins has actually been updated three times already.Tether's USDT was the first generation stablecoins, Gemini's GUSD and Pax's PAX were the second generation compliance stablecoins, and Facebook Coin would be the third generation single ecological stablecoins.DuSD, as the representative of the fourth generation stablecoins with Turing's complete stablecoins system, would support the future of cross-ecological application of stablecoins.DUST upholded the business rules of mutual benefit and win-win, and was willing to advance with all parties in the DUST ecological chain.As Mozi's famous book "Business Way" said, "I have the same benefits as the customer, but the customer lasts for a long time, while I have the same benefits, but it is a win-win situation.", DUSD made a proper interpretation of the industry consensus and win-win cohesion of the blockchain.

In the short two-day agenda of the Summit, DUSD stablecoins led the new momentum of blockchain finance, and has taken root in the industry with the unique imprint of DUSD.2019 was the key year for the development of stablecoins. With the expansion of the influence of stablecoins and the diversification of industry ecology, more and more people around the world would witness the dollar-like quality on the Digital USD DUSD. 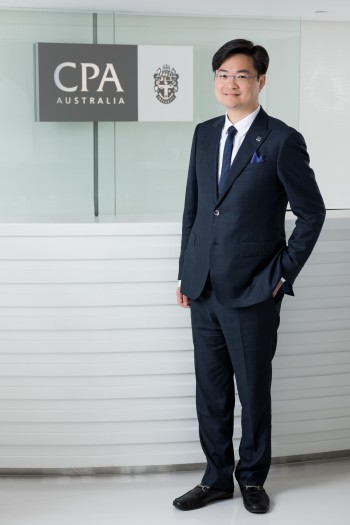